Hello again! I'm back again with another Quiztime challenge, this time posted by Julia Bayer. 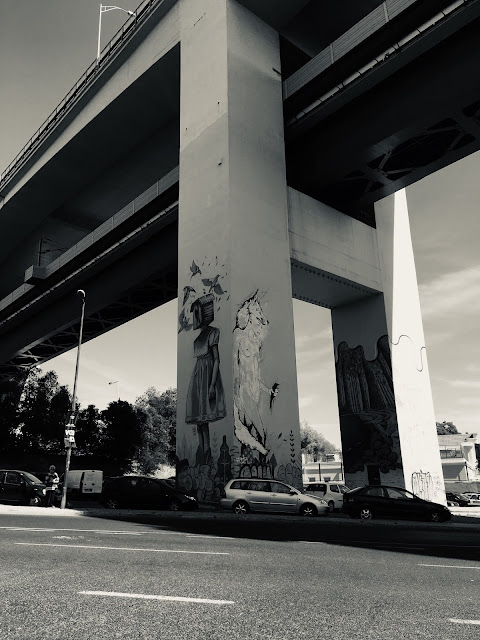 Obviously the first thing my eyes are drawn toward are the art pieces on the pillar. I did scan around a bit for anything that might be more of a dead giveaway, but nothing jumped out as much as the art.

I reverse image searched in Google, ran the picture through TinEye, checked it out in Lens, etc. Given that this is architecture we're talking about, though, I decided to expend most of my energy in Yandex. On my third crop, it paid off: 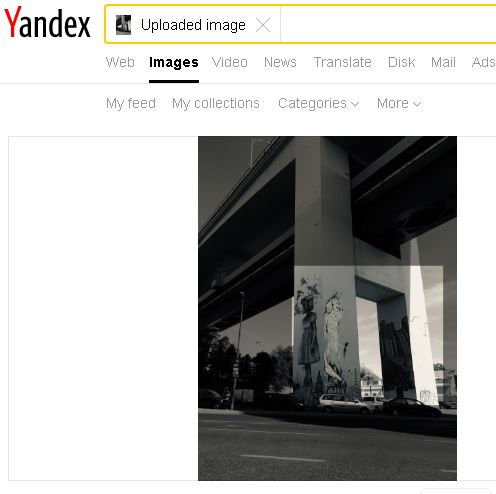 It didn't take long to spot a very familiar image: 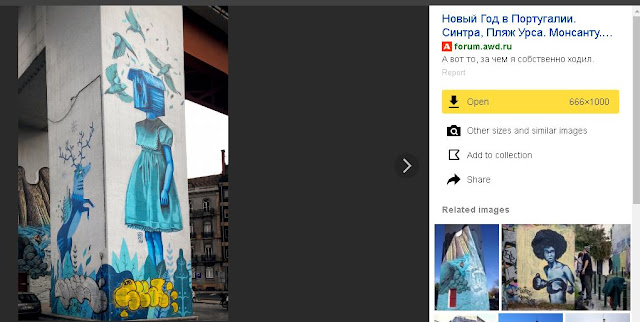 I browsed to the website hosting this image and scrolled through until I found it. I used Chrome's built-in translate feature so I could read and get some context. The photos appeared to be from a trip to somewhere. To find out where, I found another image in the thread that looked like it might turn up a positive result in a Google reverse image search: 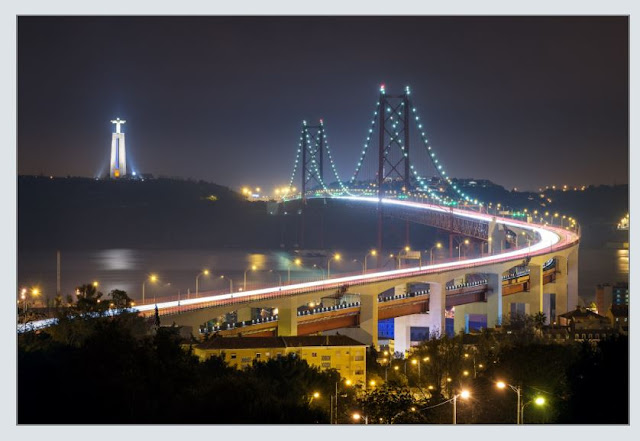 Dropping this into Google image search turned up a name in Lisbon, Portugal:

I searched for this location in Google Maps and dropped into street view nearby. Spinning around, I saw what appeared to be the same bridge from the forum in the distance. 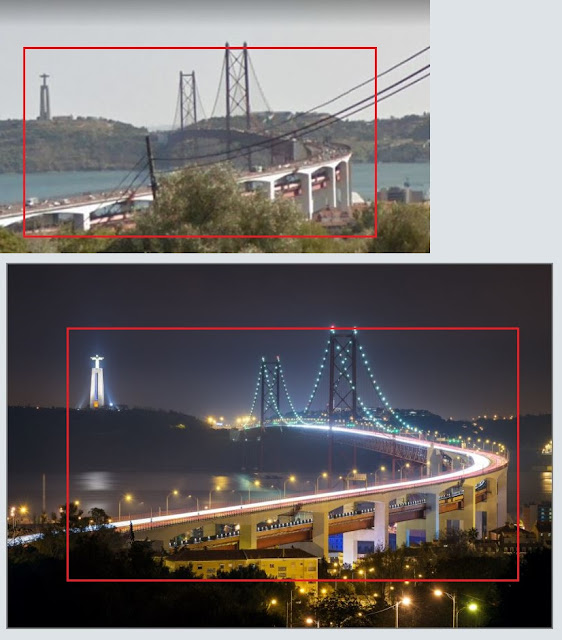 Figuring that the bridge's pillars might be the home of our beautiful street art, I basically "drove" down the road, keeping the bridge as my destination. In less than a minute, I spotted our art-wrapped pillar: 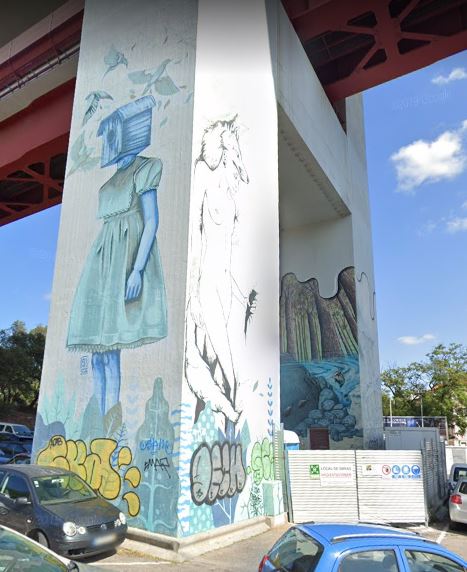 That's it. If we zoom back out into Google Maps, we'll see that this picture was taken at the corner of R. Prof. Vieira Natividade and Calçada da Tapada in Lisbon, Portugal: 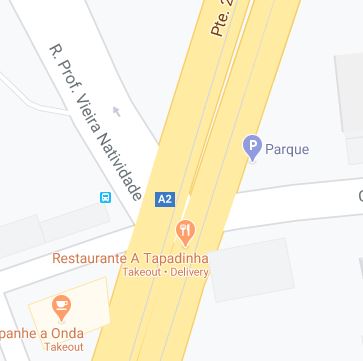 Still, I'd like to know the exact spot from where the photo was taken... or at least close as possible. To that end, let's do some quick and dirty analysis.

With all of that having been said, I believe that the shot was taken approximately just to the left of the left-most bus stop structure (from the aerial view perspective): 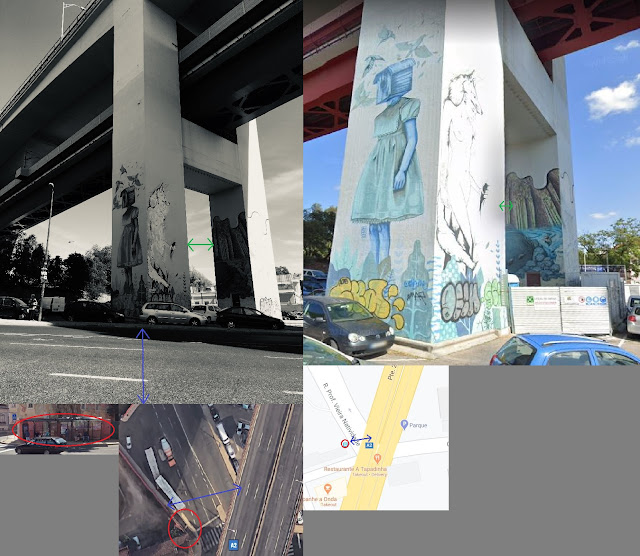 That's it for today. Hope you enjoyed this quick little OSINT challenge. Keep your eyes open for more, and stay safe out there!

Posted by The Presumptuous Commoner at 7:25 PM
Email ThisBlogThis!Share to TwitterShare to FacebookShare to Pinterest